Our main partner is the Nepalese NGO CEPP: the Centre for Educational Policies and Practices, which currently supports about 50 schools in southern Nepal and Dolakha District, organising teacher training, raising parents’ awareness and influencing policy. They want to improve education in the (free) public schools. Because we ourselves have always taught, teaching is close to our hearts...

Balthali Dreams is a modest initiative separate from CEPP. It came after the earthquake, thanks to your support. Balthali is a village on the outskirts of Kathmandu. It is a pleasant village with little tourism, very friendly people, beautiful scenery. We go there every year, at the beginning of our stay, before we support CEPP in remote rural areas where living conditions are very 'basic'. In Balthali, we get used to Nepal in a gentle way because it is such a quiet village and we have many friends there. 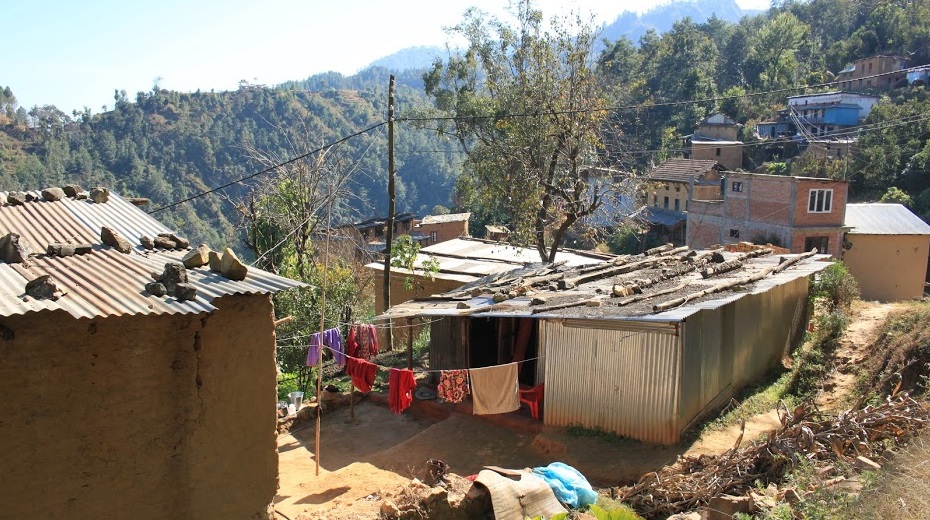 We know a number of farming families with many daughters: Elina, Elisha, Puja, Rayzeena, Salina, Kabita, Bhawana, Pramila, Arati, Parbati... Before the earthquake, their mothers were responsible for maintaining the family, because many fathers working in Qatar. Meanwhile, some dads returned. After the earthquake in April 2015, Elisha, 15, called us: "We are fine. No house, no food, we are fine!" She meant: we're still alive. And then: 'Can you help?' We asked: ”But how?” “'You choose,” she replied. 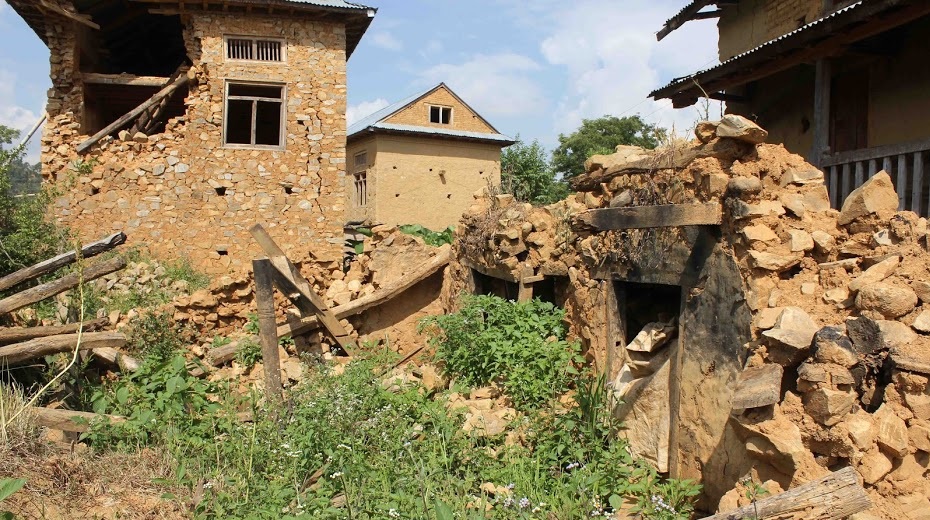 Balthali was strongly affected by the earthquake. All the people we know there can no longer live in their homes, they still live in temporary shelters, made of metal sheets. In December 2016 we stayed with them in the shelters for a week and we experienced how difficult it is ... Lack of hygiene, privacy, protection from the weather and above all lack of perspective because government support is not coming. The school in Balthali 4 received a 'red sticker', meaning the place had become dangerous. After two years, some classes are still unusable. Some classes are in use again, but we could see the cracks and didn’t really trust the situation. There are also two temporary classes.
Ordinary life in Balthali has resumed: the people live in the metal shelters, their cattle stay in the cracked houses. The Rayzeena family has set up… a chicken farm on the useless first floor of their house. People plant rice and orchards grow tangerines. There is generally a happy, optimistic mood.

Puja, a girl from Balthali

In May 2015 we initially organised (discrete) emergency aid for the families that we know well: tarpaulins, rice, sanitary napkins, thereby using the networks we have in Nepal.
Pretty soon we switched from emergency aid to a more structured cooperation, which we are most in favour of. We think it makes sense to support the girls, because they have less access to education, often stop their schooling sooner than boys, and generally get fewer opportunities than boys (as in many countries in our world ...)
Together with Solar Cinema Nepal, we have established a cultural and educational cooperation.

Our first focus was computer training. We think this is important because this village is not far from the capital and people can use these skills, for example, to find work.
We have been able to

We think we succeeded in encouraging the girls, in giving them a prospect. 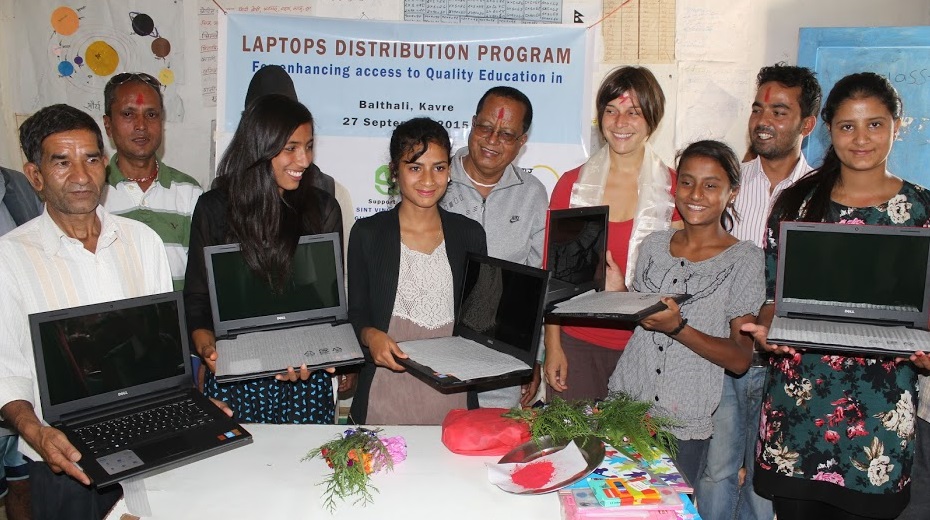 We make sure that support does not only go to the families but that the village also benefits from it. We are careful not to upset the balance in the village.
Solar Cinema Nepal has launched a three-year-plan to improve education in the village. Besides computer training, they started life skills for the youngest children, especially hygiene and health.
They also provide training for teachers who have often received little pedagogical formation.
Education in Nepal often means ‘repeating what the teacher says’, and copying the textbook’. Critical thinking and creativity are little encouraged, but Nepalese intellectuals are well aware of the drawbacks of this vision.
From Belgium we support Solar Cinema Nepal with funding and also with educational support, such as information about existing methods e.g. about treating trauma or promoting reading. We consult with the team around workshops and together, we design an educational kit for the primary schools in the village, including usage tips in English and Nepali.

In December we visited the school in Balthali 4 and talked with the management, teachers, pupils and parents. We discussed their problems and concerns, the opportunities and possibilities for the future of the school. We decided together to organise a ‘museum class' around farming traditions in the village. Students will collect traditional agricultural tools and learn about crops and cultivation methods in the area. They will ask information to their families and to the many farmers in the village, compose the exhibition, photograph objects, provide texts and then invite the whole village. In this way we hope that the young people will develop an interest in agriculture, feel closer to their elders and will be proud of their culture. We hope that the parents will become more closely involved with the school. 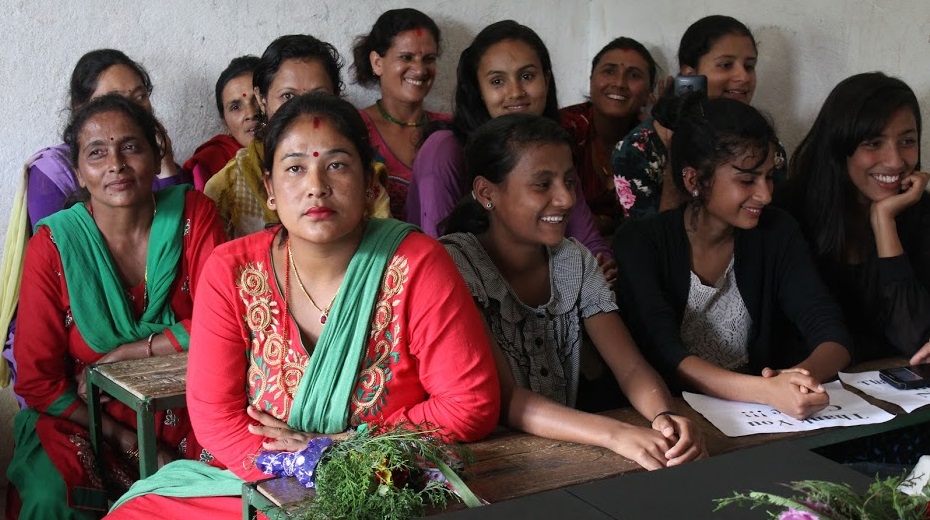 The second, cultural part of the project is a film project. Solar Nepal Cinema brings solar film equipment to villages, the villagers learn to document their own situation and vision days are used as a method to promote discussion and to emancipate the people.

The cultural-educational project runs in six villages of ‘Greater Balthali’ and the associated schools.

In this way we try to cooperate with Nepalese development workers on a basis of equality. The aim is that people become aware of their situation, learn to stand up for their rights and thus improve their living conditions.

The pictures show ordinary life in Balthali, the impact of the earthquake, the hygiene training in primary school and the solemn ceremony of handing over the laptops.

You can find more about Solar Cinema Nepal on
https://www.facebook.com/Solar-Cinema-Nepal-1534191800193268/?fref=ts
and http://solarcinemanepal.com/

Would you like to support the initiatives of CEPP and Solar Cinema Nepal? Your contribution is very welcome to the account BE32 2200 7878 0002 of BIKAS association.
Please mention ‘Friends of Paul and Carine’.
Thank you!